Quartus was founded in 1997, and the first project ever undertaken was dynamic analysis of the Space Shuttle solid rocket motors. That expertise has been a constant factor through the years, continuing to this day with project experience on ARES, the SLS, and others. The variety of analysis ranges from CFD; vibro-acoustics; dynamic structural analysis, and has been performed on multiple components including flight instrumentation; solid rocket motors; crew compartments; and propulsion systems. Whether analysis is needed at launch, descent, or any stage in between, Quartus engineers have the expertise to get the job done right. 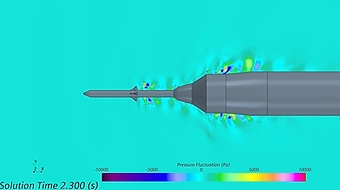 Space Ship One and Space Ship Two
​
Quartus has been supporting iterations of this prize winning architecture since the early 2000s, starting with SpaceShipOne and White Knight One. Quartus supported this development with high level Finite Element Analysis (FEA) to perform flutter analysis, among other things. This support continued with SpaceShipTwo  and  White Knight Two, where Quartus performed pre-test flutter analysis, test planning, ground vibration test (GVT) support, and post-GVT finite element model (FEM) correlation. We are incredibly excited to see this work receive approval from the FAA for human flight.