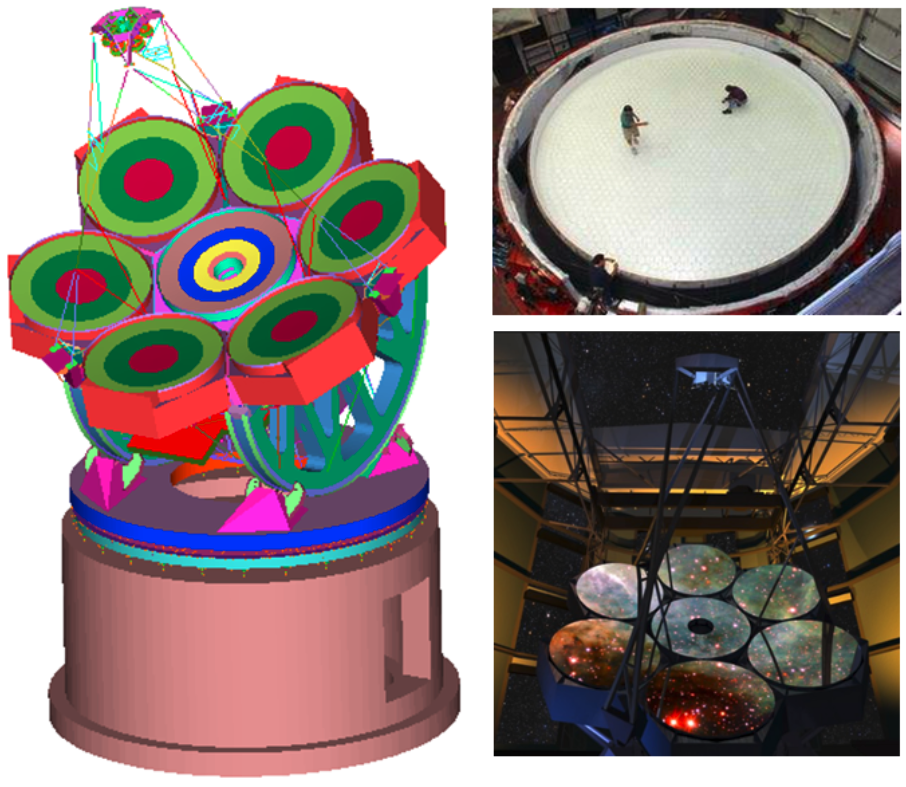 Windshake: A detailed finite element model (FEM) was generated of the entire telescope structure including the concrete pier. Line of sight equations for each of seven sub-apertures along with the weighted mean were included with multi-point constraint (MPC) equations. These equations include the optical coefficients and allow the solution to determine the phase-consistent image motion and focus shift within a random vibration solution. Steady state pressures and forces were mapped onto the FEM from detailed CFD analysis (performed by CPP Wind Engineering). A scaling PSD was developed from Gemini time history test data and scaled for use with GMT. Image motion and focus shift were predicted for different wind speeds and enclosure configurations.

​ Seismic: A nonlinear configuration of the telescope FEM was developed in order to prevent the hydrostatic bearings from reacting tensile loads. A transient analysis was performed using an earthquake time-history as a base excitation. Uplift of the hydrostatic bearings was calculated using gap elements and MPC equations that monitored their relative displacements. Predictions for the resulting impact forces were used to determine if uplift clips were necessary to protect the system.